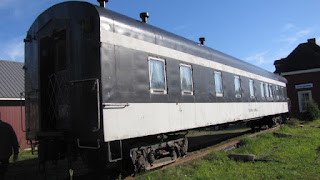 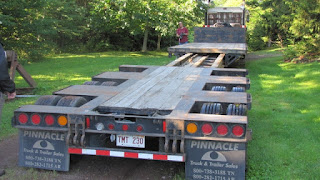 Why a low flat bed of course. 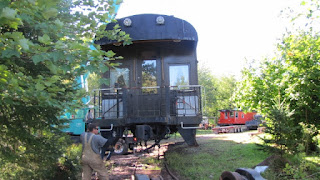 Ok, after all that trouble of getting it here (Clifton), why is it in Cape Breton?﻿ 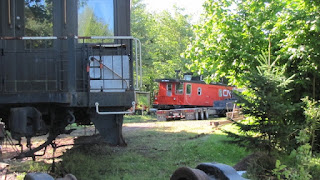 It was time.  It did need some work, a bit more than we were willing to put into it and we found we were not using it as we should.  Many people who had seen it said it would have made a wonderful B&B. The interior is quite lovely and if anyone is interested I could post some pictures of the inside.﻿ 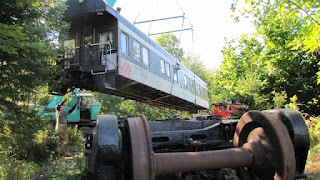 We found a buyer for it who wanted to place it on permanent loan to a railway museum back in NFLD.  To make a very long story short, of the 3 museums he contacted, all eventually refused.  I think they will regret that some day.
One last try, before he took it out of the country (he is from New England), he approached the Orangedale Railway Museum whom accepted the car. They have a wonderful restored station and several railway cars. ﻿ 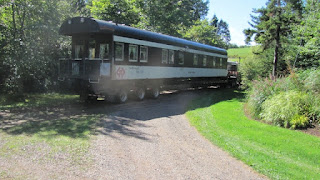 As the Terra Nova II says good by,
out past the grass and daylily bed on the glorious morning of Aug 29th...﻿
﻿ 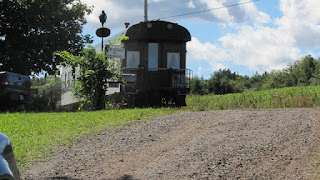 Up out of the driveway..﻿ 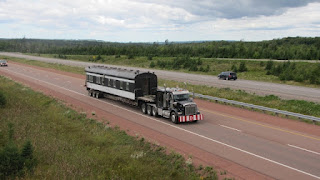 Down the road towards Cape Breton.  It was no problem hauling,
Andrew had a hard time keeping up.﻿ 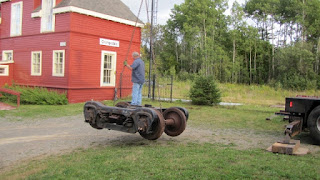 Man, those wheels are so light, they will float away if you don't hold them down.
They only weigh 4 ton.﻿ 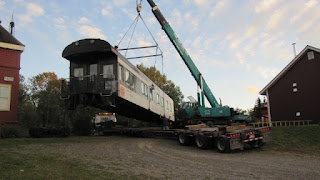 So after a little maneuvering and planing, up it goes one last time.﻿ 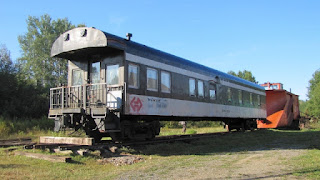 To land safely on is feet ( um.. wheels) in its new home.  Since it has landed, it has been attracting a lot of attention.
﻿ 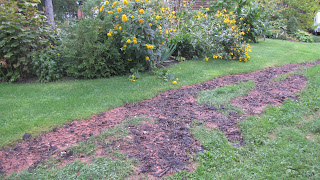 And back home?  Just a few ruts to fix.
Posted by Woodlands and Meadows at 8:29 PM