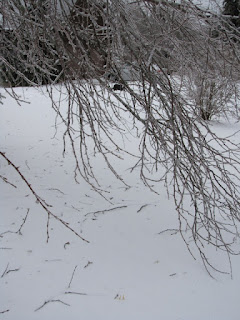 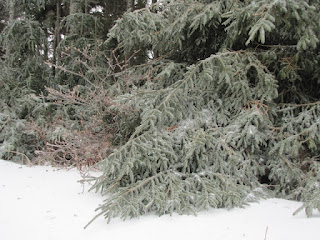 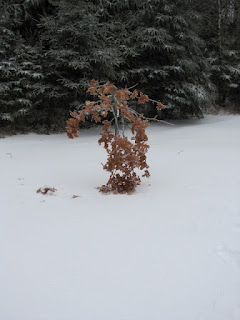 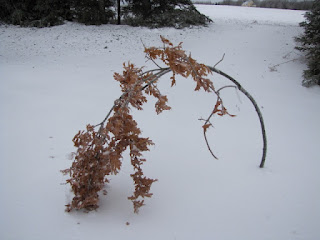 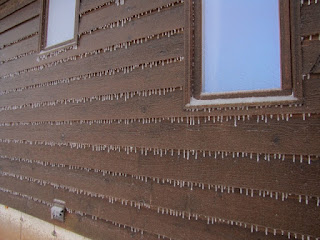 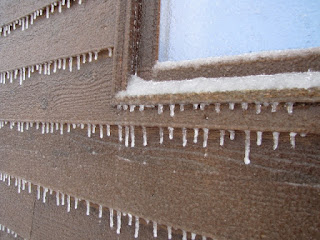 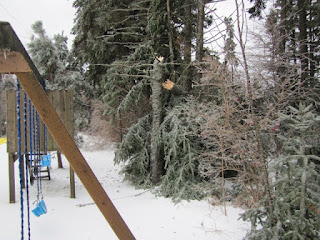 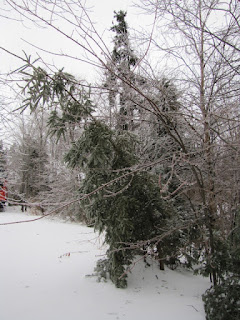 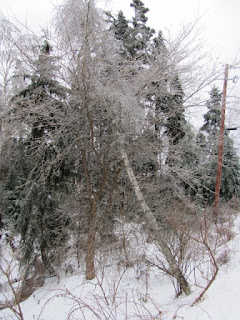 The old birch at the side of the drive way is leaning further into the elm tree that was planted 15 years ago.  Andrew has been threatening to cut it for the last few years because it has been dying back and the Elm has been getting bigger (they grow fast - the Elm).
I guess Andrew will have to sharpen his saw.
Posted by Woodlands and Meadows at 11:11 AM